To help us improve The Sergeant York Historic Trial and Monument and thus preserve the York legacy
and the memory of all those who sacrificed all for freedom, please

click on the "Make a Donation" button below to donate
via Credit Card, PayPal
or
mail a check or money order payable in US funds to:

A donation receipt will be sent for all donations.
All donations are tax-deductable.
All funds received are used directly for the improvement and maintenance
of the SGT. York Trail and Monument.

​Click the button below to Make a Donation to the Sergeant York Historic Trail and Monument.

The Make a Donation button below will take you to our partner site, Bill Rudge Ministries, scroll down to

"One time donation" and choose, SGT. York Donation, add to cart and check out.

A tax-deductible receipt and thank you note will be sent for donations received.

Alvin Cullum York (Left) ~ For his actions in the Argonne Forest France 1918 was awarded:

The Distinguished Service Cross-USA, The Croix de Guerre and Legion of Honor-France, The Croce di Guerra-Italy, and The War Medal-Montenegro.

After a thorough investigation of the events on 8 OCT 1918, the Distinguished Service Cross was upgraded to the Medal of Honor and presented to York by the commanding general of the American Expeditionary Force, John J. Pershing.

​The Sergeant York Discovery Expedition (SYDE) completed the initial building of The Sergeant York Historic Trail and Memorial park in the Argonne Forest west of Châtel Chéhéry, France. The trail was officially opened on OCT 4th 2008 in conjuction with the 90th anniversary of the action which earned SGT. York the Medal of Honor.

The historic trial is about a two-mile walk through the forest to where SGT York earned the Medal of Honor on 8 October 1918. There are 9 signs along the trail to guide visitors through the battlefield and point out the significant moments during the battle. The trail leads to the York Monument located near the actual spot where York fought off the German bayonet attack. Nearby is a second marker honoring all 17 Soldiers who helped in the actions that day.

Why an Historic Trail?

(One bench is now in place, a second bench is desired in a shaded area of the park)

These Improvements are now complete thanks to the generosity of people like you. - Thank you. 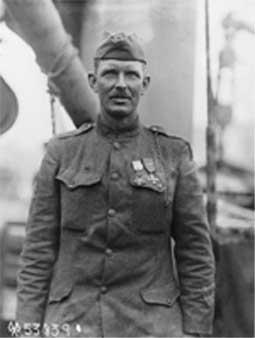