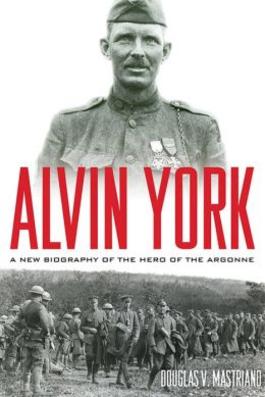 Thank you for your interest in
"Alvin York: A New Biography of the Hero of the Argonne"

Preserving history is important to us and preserving it accurately is a commitment we take seriously.

In Alvin York, COL. Douglas Mastriano separates fact from myth in the first full-length biography of York in decades. He meticulously examines York's youth in the hills of east Tennessee, his service in the Great War, and his return to a quiet civilian life dedicated to charity.

By reviewing artifacts recovered from the battlefield in the Argonne Forest, France, using military terrain analysis, forensic study, and extensive research in both German and American archives, Mastriano reconstructs the events of October 8 and corroborates the recorded accounts. On the eve of the WWI centennial, Alvin York promises to be a major contribution to twentieth-century military history.

Inquires can be made by email at:  sydeinfo@sgtyorkdiscovery.com